I went through the whole process of making a Spanish tortilla, except without the added egg & milk mixture at the end. I ate it instead in bites together with pasta. 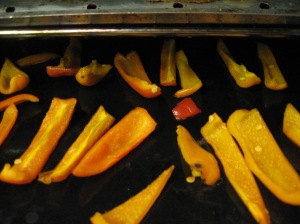 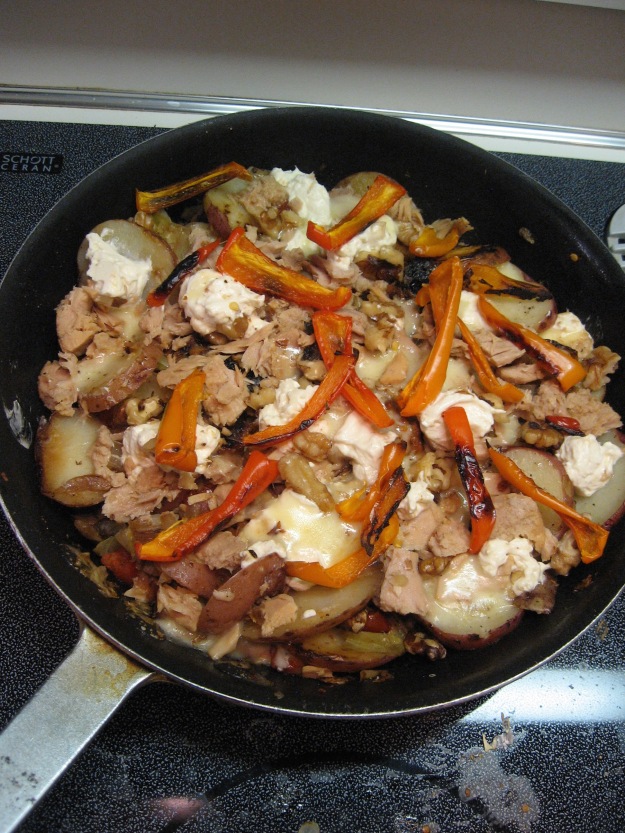 I added to the sliced potatoes, onion, garlic, cayenne pepper, (ground pepper and sea salt to every new layer added), fresh mushrooms, fresh chopped tomato. And finally after flipping the whole layered potato dish, I added walnuts, a can of tuna, chopped sharp cheddar cheese, spoons of Greek cream cheese yogurt, and topped it with the roasted yellow, red and orange sweet peppers.

I ate the meal with my garlic toast, in which the bread soaked up the excess tomato juice, added chopped garlic, roasted, then poured olive oil over the piece of garlic toast. 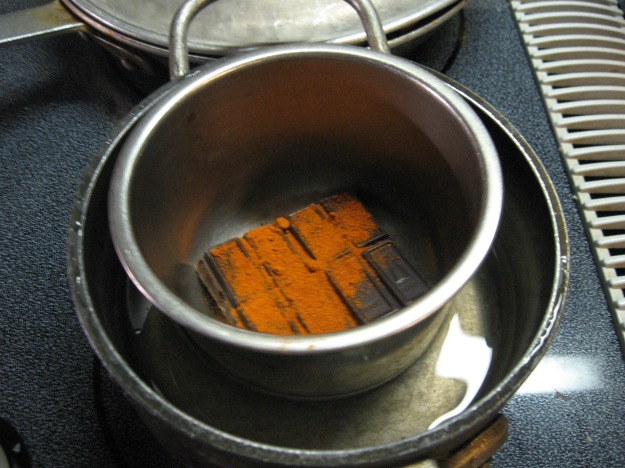 The semi-sweet baking chocolate melted in the double boiler with cinnamon and cayenne pepper, was the desert.

Here’s the link to the podcast of this particular meal: Sautéed Salmon with dill, brown rice and a colorful and delicious kale salad prepared with some chopped onion, tomato, thin slivers of cucumber, mushrooms, grated carrots and raw red beets with a topping of crumbled blue cheese and chopped walnuts with some sea salt and fresh ground pepper. This is tossed with a home-made balsamic vinaigrette dressing.

Flickr link of pics of prepared food Sautéed Salmon with dill, fresh ground pepper and sea salt. I grind the sea salt in a mortar and pestle, then keep it in a little dish that I can dip into to spread the salt rubbing it between two fingers or with a spoon to tap it in. Using fingers controls the amount more precisely. I accompanied the fish with brown rice and a salad.

The kale salad is made adding mushrooms, tomato, cucumber to the kale and then freshly grated red beets and carrots. Then i add the sea salt and black pepper and sprinkle in some crumbled blue cheese bits and walnuts. Tossed with my favorite homemade Balsamic Vinaigrette dressing; this involves marinating the garlic in the balsamic, then adding sea salt, fresh ground pepper, dijon mustard, a spoon of raw sugar and olive oil.

The ingredient that went into everything was garlic! The word of the podcast is ample!

Here’s the link to the podcast describing the preparation.

Thyme accompanied the stuffing for the Portobello mushroom and was tossed onto the Pork chop.

Here are the pics, in order of progression of cooking.

shot of pics for the Stuffed Portobello Mushroom and More

I loosely followed this recipe, frankly, only the marinade, and the baking temperature and time of 15 minutes.

Enjoy! It’s delicious AND good for you!

This blog is going to go light on text, focusing on pictures to compliment the podcast. click this bowl of delight for the 1st podcast on breaking the fast and Curried Rice 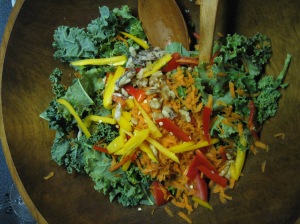 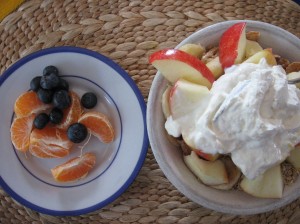 I prefer to start my day and each meal, with a full glass of water at room temperature. I wait until I’ve completed most of my breakfast to start in on the cappuccino!

Though this first one is a bit long-winded since it’s my first, I’ll keep honing it in and compact it down to about 3 and a half minutes, max. I’ll do my best.

I will say that regarding the meal this blog is about, Indian Curried Rice, here’s a little something about the history of India; a history that dates back to 4,000 years before Christ, should have something to teach about diet and health !-))

Here are pictures of the preparation, chopping and cooking. 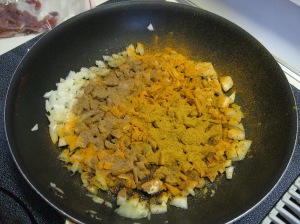 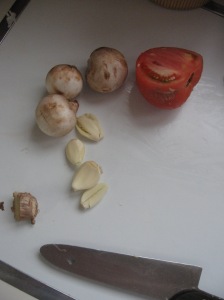 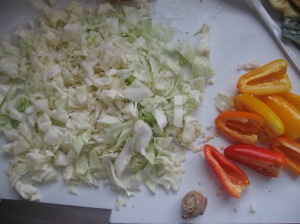 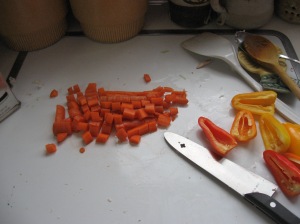 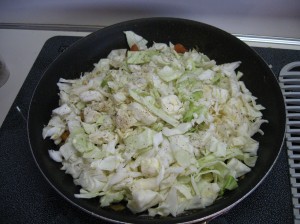 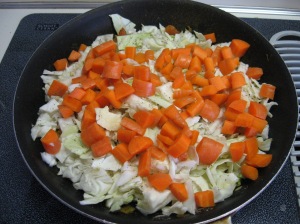 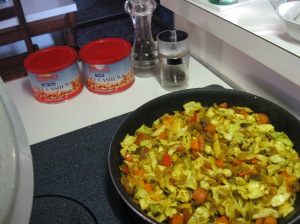 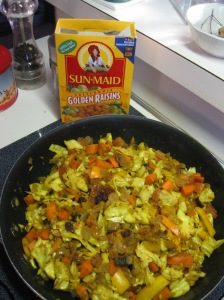 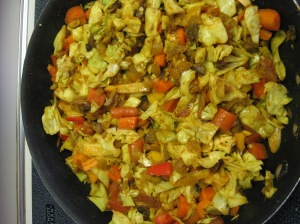 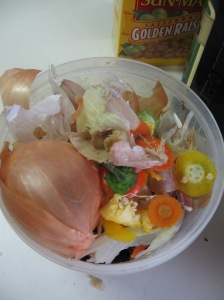 This pic is my container for organic (non-meat products) that will be tossed in the compost pile.

This last container is for organic waste (non-meat) that will be tossed into the compost pile.

I hope you enjoyed this first podcast & pics post. I promise I’ll cut the time in half for the subsequent posts. :-0

link to trailer of my eBook: “Adora & Vitali: A Spin on the Matter of Motion

Thumbnails of eBook via Carbonmade: Adora & Vitali: A Spin on the Matter of Motion

Building the Instrument – Wind the Player